The Rise of Community Solar Explained: A Data-Driven Analysis of the New York Market

Owing to supportive policy and lucrative incentives for developers, community solar capacity has seemingly grown exponentially over the previous 5-10 years. In New York State in particular, it now makes up the lion’s share of new distributed generation capacity entering investor-owned utilities’ interconnection queues, or list of generators set to come online in the near future.

However, why have we not seen corresponding growth in on-site solar? After all, there is no shortage of incentives for residential rooftop solar, and rooftop solar capacity undoubtedly furthers the state’s policy goals. Is it merely limitations of the rooftop model, or is there more to the story? The nuances behind New York State’s unprecedented community solar capacity uptake – and its established dominance over the rooftop solar model of distributed generation in the state – deserve a more nuanced look.

Across many U.S. states, policymakers have pursued rooftop solar incentive programs to help meet ambitious renewable portfolio standards and fight to mitigate the worst effects of rising global temperatures. The obvious value proposition here – apart from offset grid emissions – is that homeowners and businesses get to save significantly on their utility bills.

However, installing solar panels on-site is not possible for all residential and commercial customers. Even after incentives, the upfront cost of on-site solar can reach tens of thousands of dollars for a household, making it financially inaccessible to a large portion of the population. Moreover, the rate of home ownership across the United States stood at just 65.8 percent at the end of 2020 according to the U.S. Census Bureau, meaning that as many as 35 percent of households lack the agency to install rooftop solar in the first place.

Many buildings also face technical issues in terms of either rooftop space, shading from nearby trees or buildings, or low annual “irradiance” (i.e. the amount of useful light energy from the sun that can be converted into electricity). These issues make rooftop solar less feasible for many homeowners and businesses.

Recent policy support for community solar aims to directly address these issues. Sometimes referred to as “community solar gardens” (CSG) or “community distributed generation” (CDG), these solar projects are built similarly to traditional, free-standing utility-scale solar farms. The only difference is that they operate on a much smaller scale.

Instead of selling electricity to a customer via a power purchase agreement (PPA), community solar installations typically interconnect directly to the distribution network and offer subscriptions to local homes and businesses, who in turn receive credits on their utility bill. This makes the benefits of clean, “behind-the-meter” solar electricity significantly more accessible.

Key among these is the Value of Distributed Energy Resources (VDER), or “value stack”, approach to compensating distributed electricity generation. Since VDER’s inception in 2017, solar projects have received a level of compensation that is determined by a “stack” of metrics. The stack includes traditional metrics, such as “energy” and “capacity”, but also compensates projects based on their “environmental” and “demand reduction” value. So far, this has resulted in strong project economics for developers of distributed renewable energy in the state. The VDER tariff also includes a specific component for community solar projects – the “Community Adder”.

Despite strong incentives, the extended $111 million budget from 2020 has already been exhausted because of community solar's popularity among developers and subscribers.

From a strong market to exponential growth

In 2016, 227 of 463 megawatts (MW) of distributed solar capacity entering utilities’ interconnection queue pipeline was community solar. This represented 49 percent of all new capacity, a figure that was remarkable at the time because it came only a year after the state’s very first community solar project was approved. However, this was far from the end of the story.

Of course, it is important to note that interconnection queues are merely a “snapshot” of future generation resources. Projects can take years to develop, and some simply never reach completion. While it is likely that most of this capacity will come online within the next few years, challenges may lie ahead for developers.

One might think that as incentives run out and the community solar market begins to saturate, the rate of new community solar capacity in the New York interconnection queue would begin to slow. However, exactly the opposite has happened.

In April 2021, utility interconnection queues saw a staggering 378 MW of community solar capacity enter the pipeline, by far the highest monthly figure in the state’s history. Hardly an anomaly, this was followed by another remarkable 370 MW in May 2021. To put these figures into perspective, the nearly 750 MW combined capacity from these two months is equivalent to more than 10 percent of New York’s entire state goal of 6 gigawatts (GW) of installed solar by 2025. It’s worth reinforcing that community solar is a form of distributed generation, as opposed to traditional, megawatt-scale solar farms.

So, why is this happening?

One possible explanation for the dominance of community solar could lie in the nature of how stakeholders perceive these incentives. Community solar is developed similarly to utility-scale solar farms in project finance terms, with monetary credits exchanged for each kilowatt-hour of electricity. Similar to a power purchase agreement (PPA) model, community solar developers monetize the credits by selling subscriptions to households (subscribers).

Renewable energy developers with advanced financial models are far more likely to understand how various incentives can increase returns on their investment in a community solar project, while a home or small business owner is less likely to have the knowledge or resources to determine how such incentives for rooftop panels will increase their long-term savings. There is also a well-known “myopia” among the general public towards clean energy investments with long payback periods, making community solar subscriptions far less risky than installing rooftop panels.

Another reason could be the state's enhanced focus on environmental justice and equity in the energy transition, recently enshrined in the Community Leadership and Climate Protection Act (CLCPA). Despite the environmental benefits, a common criticism of traditional rooftop solar programs is that they are regressive in nature. If only higher-income households can bear the upfront cost burden of rooftop solar, and thus reap the benefits of distributed generation, low-income households not only miss out on bill savings from solar, but also risk seeing increased tariffs as utilities spread their rate base across increasingly fewer customers – a concept known as the “utility death spiral”.

Community solar, in turn, removes the upfront cost barrier and thus allows low-and-moderate income (LMI) customers, including non-homeowners, to save on their bill by means of distributed generation while largely mitigating the rate base issue. As the CLCPA seeks to ensure that the distributional impacts of the transition to a low-carbon economy do not unfairly fall onto low-income households, it is unsurprising to see the state adopt further policy to support progressive distributed generation business models like community solar. The forthcoming LMI CDG Adder is another example of this trend.

A period of uncertainty

In spite of these positive trends, developers continue to voice their concerns as to whether state support is sufficient for future community solar market growth in New York. While the state has recently announced new, supportive policies, including the above-mentioned LMI CDG Adder, many feel that these are insufficient to take over the vital role that the Community Adder played as a project revenue stream. Evidently, policy support will prove critical to the future direction of the market, and lack of it may not only lead to a stagnation of new capacity entering the pipeline, but also to the development of existing projects being put on hold.

Ironically, the recent 2021 boom may therefore be indicative of a market slowdown. As the CDG Community Adder incentive inched closer to exhaustion in spring 2021, developers were rushing to get their projects into the queue by paying 25 percent of the interconnection cost required to receive the last of the incentive. The unprecedented growth in pipeline capacity in April and May of this year might be a sign of an end to the seemingly unstoppable growth of New York’s community solar industry, rather than future market expansion.

The future of community solar

Like any solution to a complex problem – be it rising global temperatures, energy affordability, or equity in the energy transition – community solar enjoys both strengths and weaknesses. On one hand, community solar lacks the scale of traditional, front-of-the-meter solar farms. On the other hand, it reaches an economy of scale that is far more effective than smaller, more expensive rooftop solar systems. Plus, it solves an equity issue by ensuring that cost savings from the energy transition are also enjoyed by disadvantaged households and renters.

The result is a “middle-ground” approach that, arguably, maximizes the trade-off between efficient grid decarbonization and equitable distribution of the impacts of the energy transition. Time will tell if community solar's time to shine will soon end in New York. In the meantime, many more households will be able to subscribe to a local solar farm. 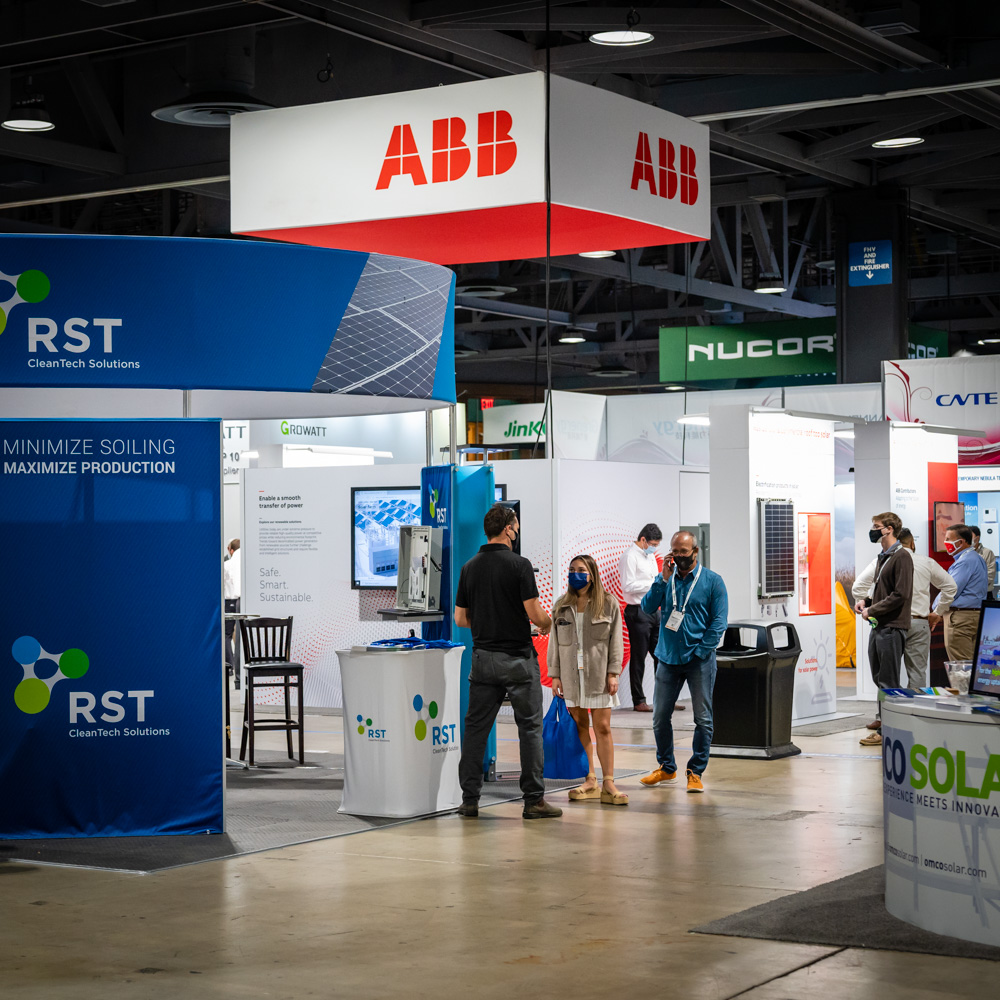 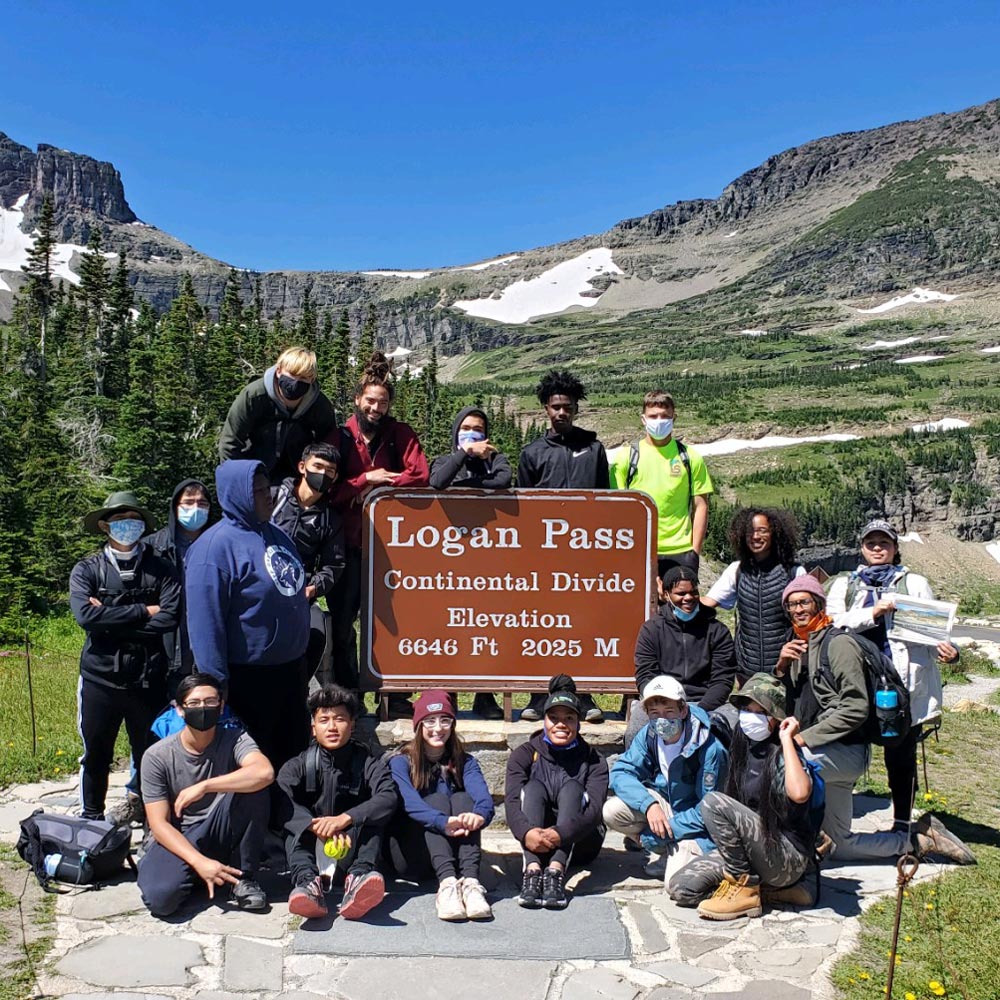